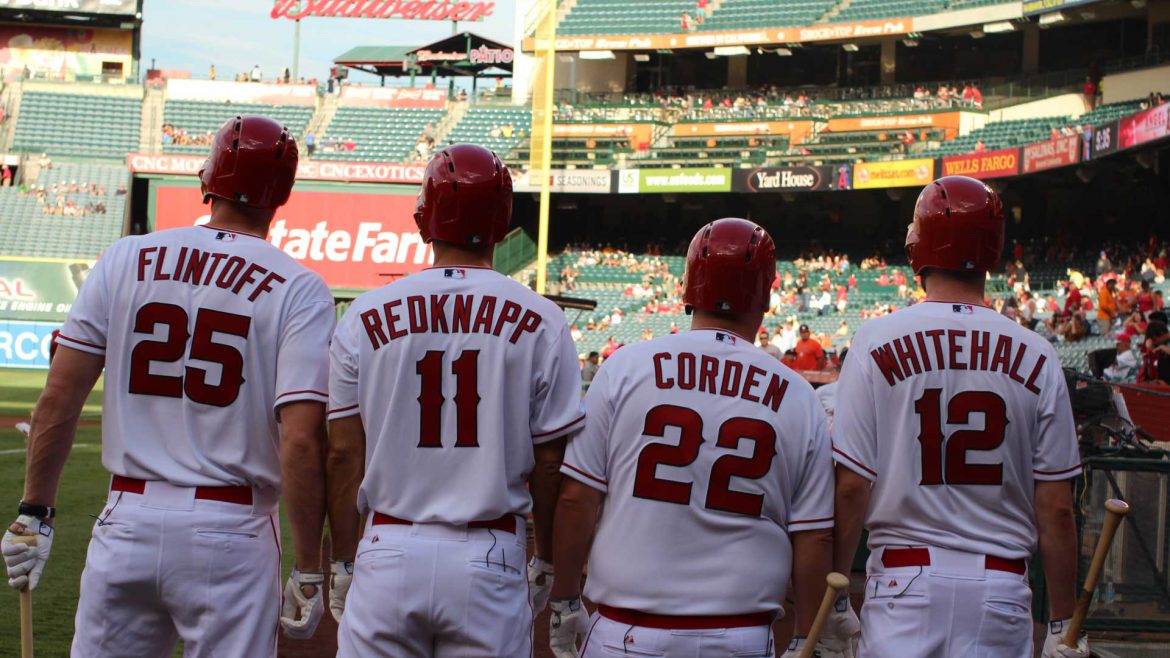 Jamie Redknapp and Freddie Flintoff are back on the road filming A League of Their Own: European Road Trip produced by CPL Productions for Sky One and streaming service NOW TV.

After the success of the two previous series of A League of Their Own: US Road Trip, the team captains from the hit Sky original production are on a pre-Brexit tour of Europe, taking on the continent’s best sport – and most ridiculous challenges – as they go.

The captains and their teams will visit some of the most famous sporting events in Europe and battle it out in a variety of competitions. Whether it’s scoring from the spot at the San Siro in Italy, stepping up to the oche at the PDC Unibet Premier League darts tournament in Rotterdam, chancing the tables in the famous casinos of Monaco or flower arranging in Holland, the stakes are high as Freddie and Jamie fight to be crowned king of the road.

As usual, sporting greats will train the teams and lend advice along the way and the boys will have viewers in stitches as they compete against and ridicule each other in four hour-long episodes set to air in early 2019.

A League of Their Own: European Road Trip is produced by BAFTA winning CPL Productions, a Red Arrow Studios company, (and commissioned by Adam MacDonald and Barbara Lee for Sky).