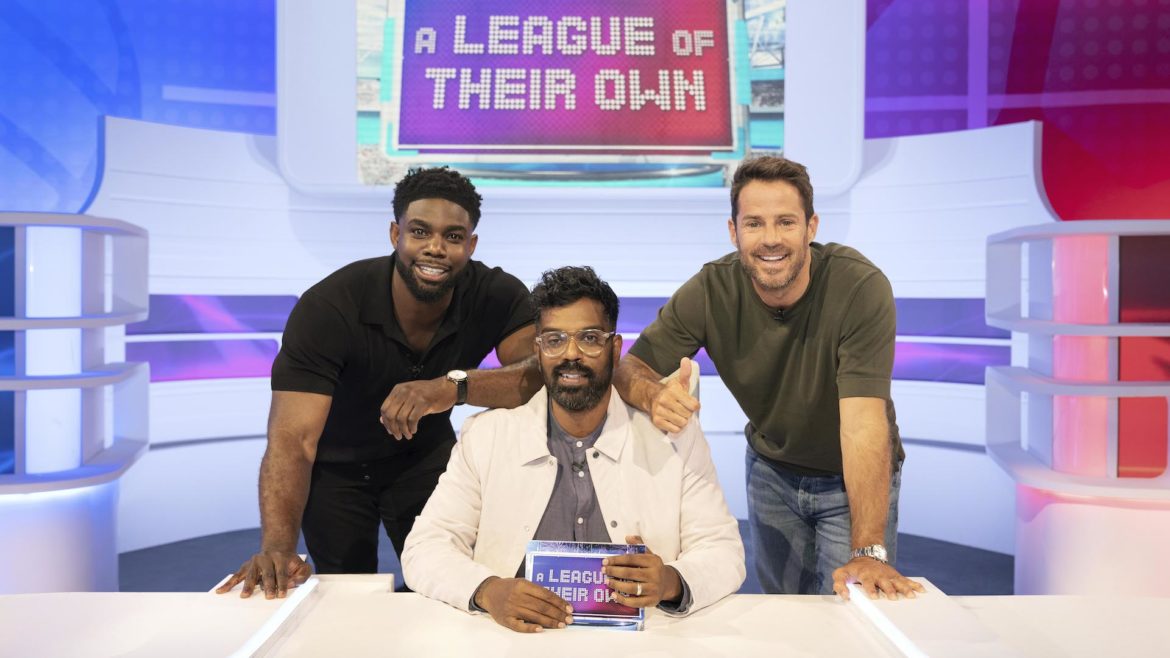 BAFTA-winning sports comedy show A League of Their Own – produced by CPL Productions for Sky in the UK – is making its season debut on 18 August with a brand new team mate, as Micah Richards steps up in defence of the blue team. The former England and Manchester City right back will take up a spot as a regular panellist.

Romesh Ranganathan returns to the host’s chair, alongside red team captain Jamie Redknapp and a rotating cast of guest captains for the blue team as a host of top names from the worlds of sport, comedy and television join the regular ALOTO family.

The brand new series, available on Sky Max and streaming service NOW, is set to be the biggest yet with guests taking on a series of madcap challenges including a lap of Silverstone’s Stowe Circuit in an Alpine F1 car and learning the Irish sport of Gaelic football with Marc Ó Sé.

Micah Richards commented: “I’ve been on A League of Their Own a few times in the past and have always had so much fun being part of the show. I’m buzzing to be joining with two of my favourite people in Romesh and Jamie and am thrilled to be a regular guest panellist on the blue team throughout series seventeen. We’ve got some great challenges and stunts planned and a stack of top names joining us. I can’t wait for the new series to burst onto the screen.”

The seventeenth series of A League of Their Own was commissioned by Zai Bennett, Managing Director of Content for Sky UK and Ireland and Phil Edgar-Jones, Director, Sky Arts and Head of Entertainment. The Commissioning Editor for Sky is Barbara Lee and the Executive Producers for CPL are David Taylor, Murray Boland, Danielle Lux and Jack Shillaker.

A League of Their Own is distributed by Red Arrow Studios International.