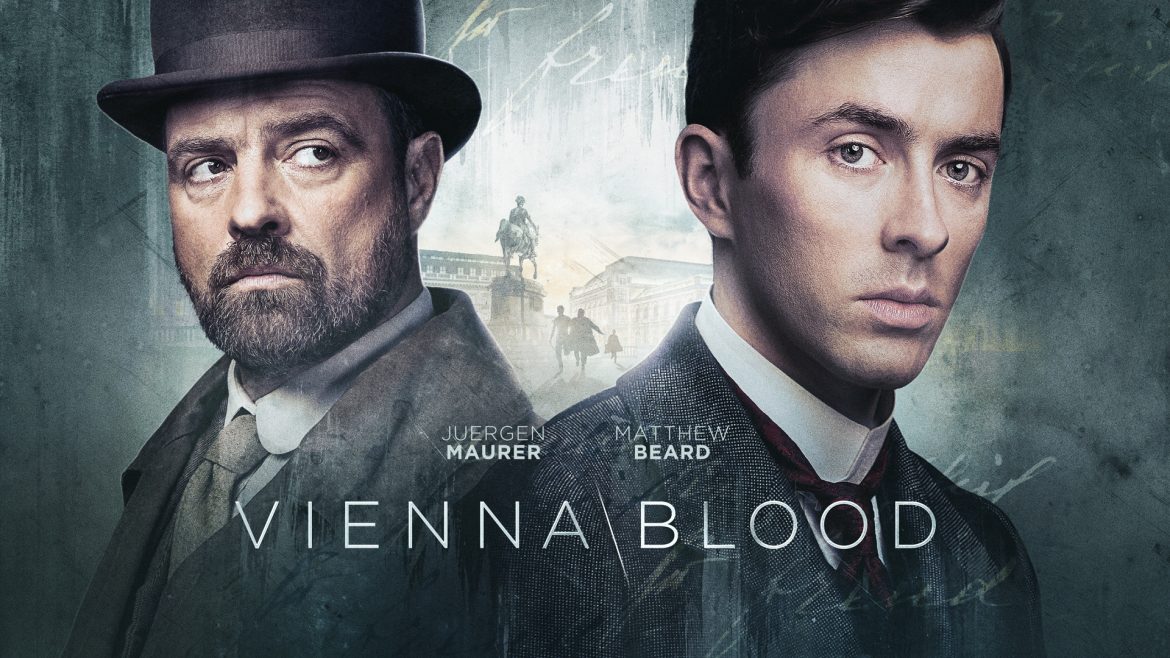 Starring Matthew Beard (The Imitation Game, And When Did You Last See Your Father?), and Juergen Maurer (Vorstadtweiber, Tatort), Vienna Blood is set in 1900s Vienna, a hot bed of philosophy, science and art, where a clash of cultures and ideas play out in the city’s grand cafes and opera houses.

Max Liebermann (Matthew Beard) is a brilliant young English doctor, studying under the famed psychoanalyst Sigmund Freud. When Max comes into contact with Oskar Rheinhardt (Juergen Maurer), an Austrian Detective Inspector struggling with a strange case, he offers his assistance. Max’s extraordinary skills of perception and forensics, and his deep understanding of human behaviour and deviance, help Oskar solve some of Vienna’s most mysterious and deadly cases.

Sue Deeks, BBC Head of Programme Acquisition, says: “Vienna Blood is a unique, ambitious and compelling crime drama, set in glorious Vienna during an extraordinary period in its history. We are excited to be bringing it to BBC Two.”

Hilary Bevan Jones, Managing Director of Endor Productions, says: “We are delighted BBC Two has acquired Vienna Blood. We are proud to have brought Frank Tallis’ outstanding novels to life in the historic and beautiful city of Vienna. The chemistry between the lead actors Matthew Beard and Juergen Maurer creates a fresh and unique TV partnership which is wonderfully complemented by an exceptional international cast.

Oliver Auspitz and Andreas Kamm, co-managing directors of MR Film commented: “Vienna Blood is no longer just a best-selling novel, it’s now a TV drama with global appeal. Produced in the heart of Austria as a UK-German-Austrian co-production, we are thrilled to be part of the story and looking forward to seeing the series make its debut on BBC Two.”

Red Arrow Studios International have led the co-financing of the series, and are the international distributors. Germany’s ZDF and Austria’s ORF are co-production partners and will premiere the show in their respective territories. Other funding partners include Televisionfund Austria, TV-Filmfund Vienna and Niederoesterreich Kultur.