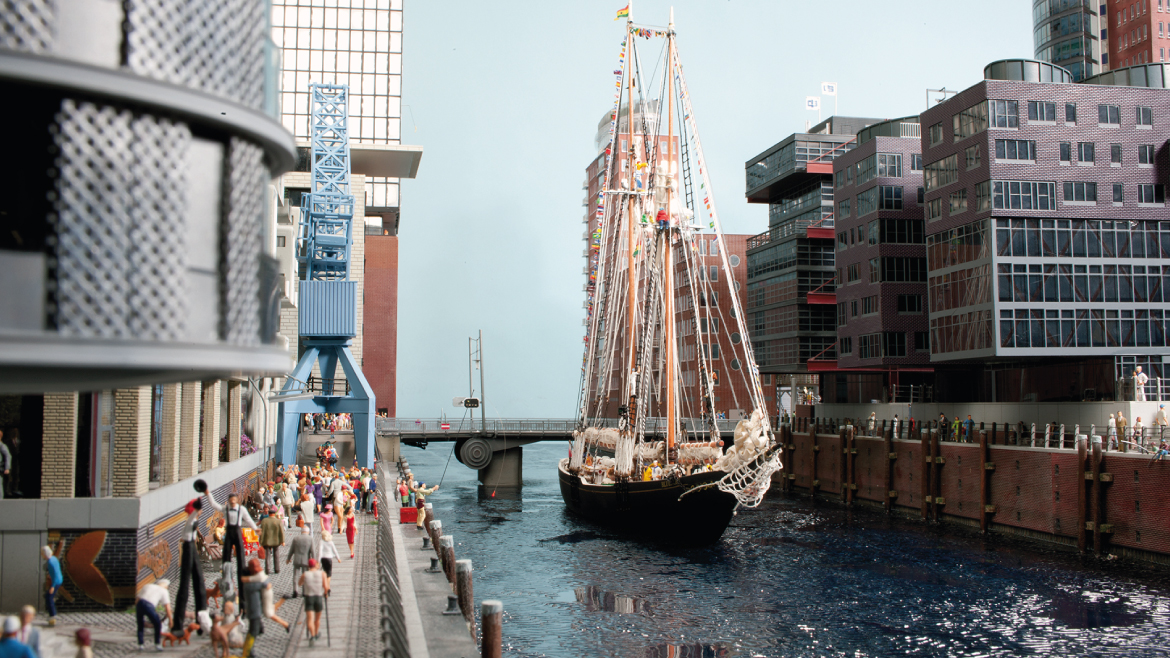 Since opening in 2001, the Miniatur Wunderland in Hamburg’s historic warehouse district has become a tourist magnet. Attracting over a million visitors to Hamburg every year, it’s the world’s largest model railway system, with 1,040 trains, over 15 kilometers of track and 269,000 figures.

But how much hard work went into the nine different construction phases of this extraordinary attraction? This new four part series finds out, by following the makers of the Miniatur Wunderland through every step of the journey.

In the “Miniatur Wunderland” visitors marvel at moving locomotives, ships setting sail in a 30,000 litre tank, planes taking off at the airport, and a big new construction is being planned behind the scenes: the Principality of Monaco, including the Formula 1 track. The series follows the model builders as they construct their mini world, using advanced camera technology to immerses viewers in this fascinating microcosm – from conception to design, construction, completion and continuing maintenance and servicing.