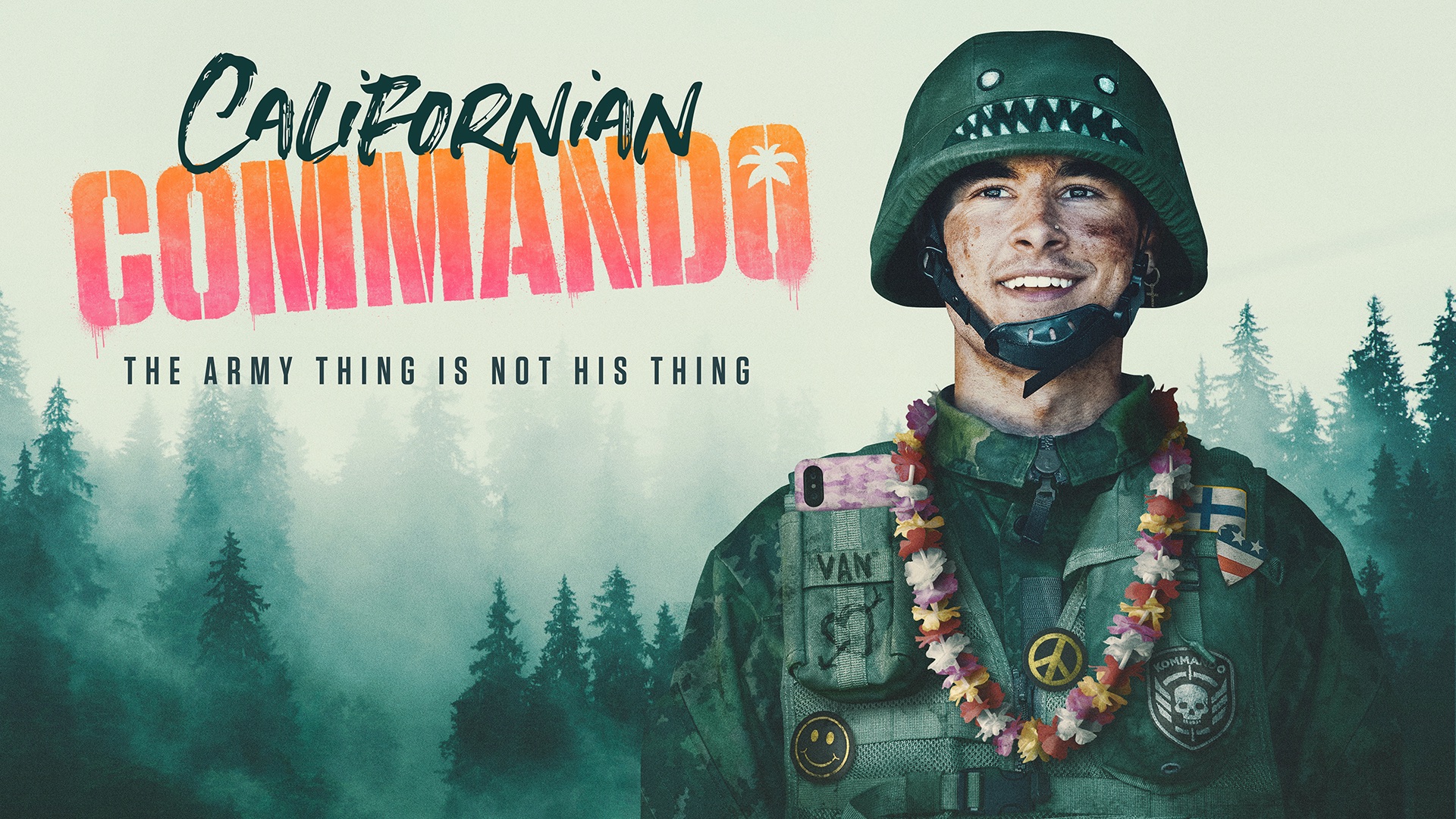 Van Hamilton’s first trip to Finland gets off to a bad start the moment he leaves the plane. The 23-year-old rich kid from California was expecting a five-star holiday with his girlfriend Rachel. Instead he is arrested at the airport, shot with a stun gun by Military Police, then dragged unconscious to an army barracks in the middle of nowhere.

Unfortunately for Van, this isn’t a case of mistaken identity. His dual American-Finnish citizenship means he’s forced to do military service. To make things worse, his parents knew this would happen; they’re hoping the army will turn their spoiled son into a responsible adult.

Now, whether he likes it or not, Van is going to have to train to be a commando! Meanwhile Rachel, with no money or return ticket home, learns how to survive in Helsinki by befriending a crazy, but well-meaning underground rap trio. Both are pushed out of their comfort zones in this action-packed comedy.