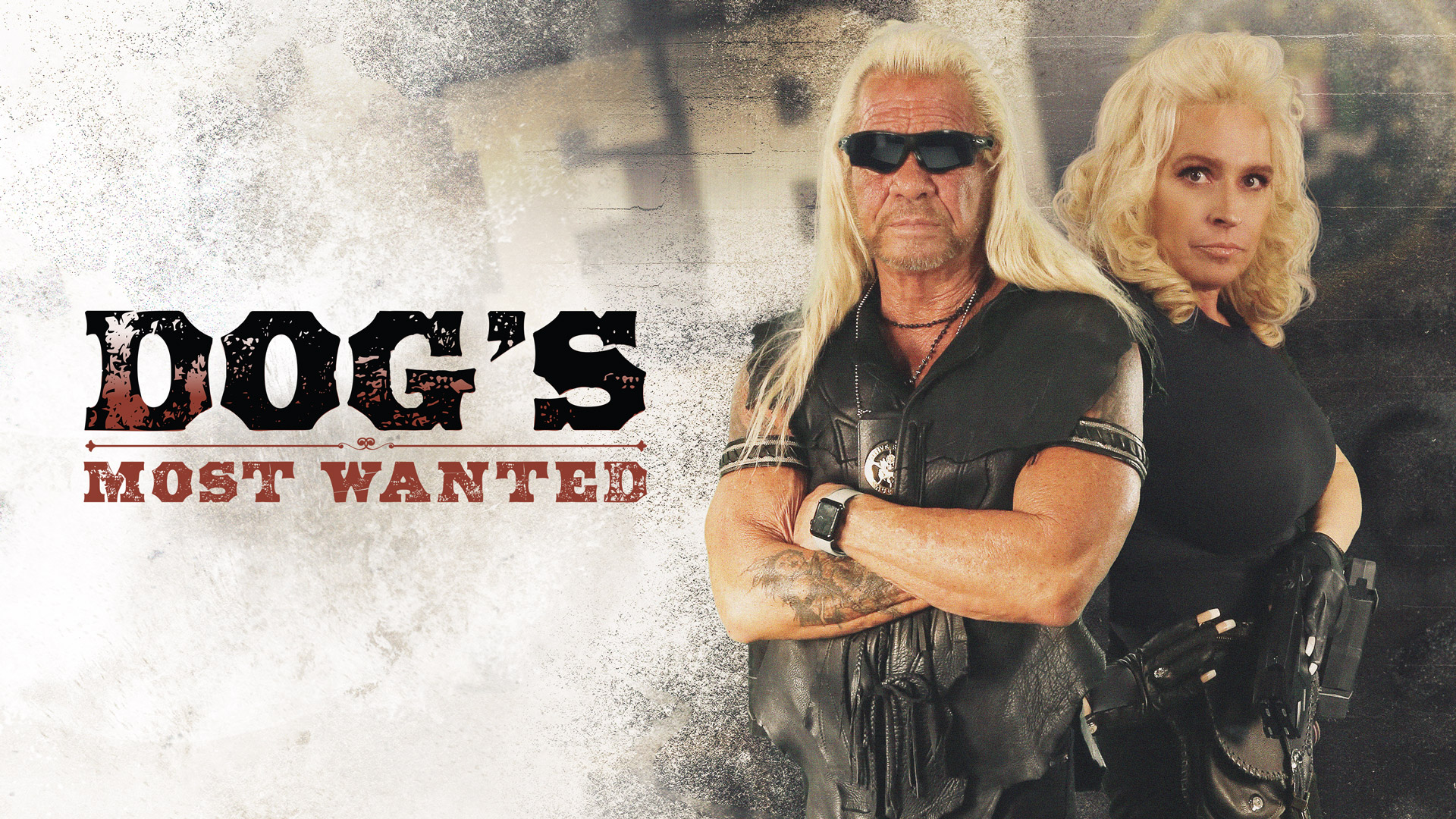 A legendary bounty hunter goes after his biggest targets yet in this thrilling reality series.

The FBI, the US Marshalls, and every State throughout America have their ‘Most Wanted’ lists. Now celebrity bounty hunter Duane ‘The Dog’ Chapman is handpicking names from each of them to make a list of his own.

After his wife Beth is diagnosed with terminal cancer, Dog decides to come out of retirement in an effort to help treat Beth with the one thing he knows will make her feel better: bringing fugitives to justice. This time it really is personal!

At the beginning of each episode, Dog, members of his family and his ferocious team of hunters known as ‘The Dirty Dozen’ choose a criminal at large as their next target. Once we’ve heard what the fugitive did to earn their place on the list, the hunt is on!

It’s a pursuit that could take the bounty hunters all over the world, working side-by-side with law enforcement agencies to bring their fugitive to justice. An ex-gang member himself, Dog knows the underworld. It’s why the criminals can run, but they can’t hide!

Produced by Dorsey Pictures and Entertainment by Bonnie and Clyde