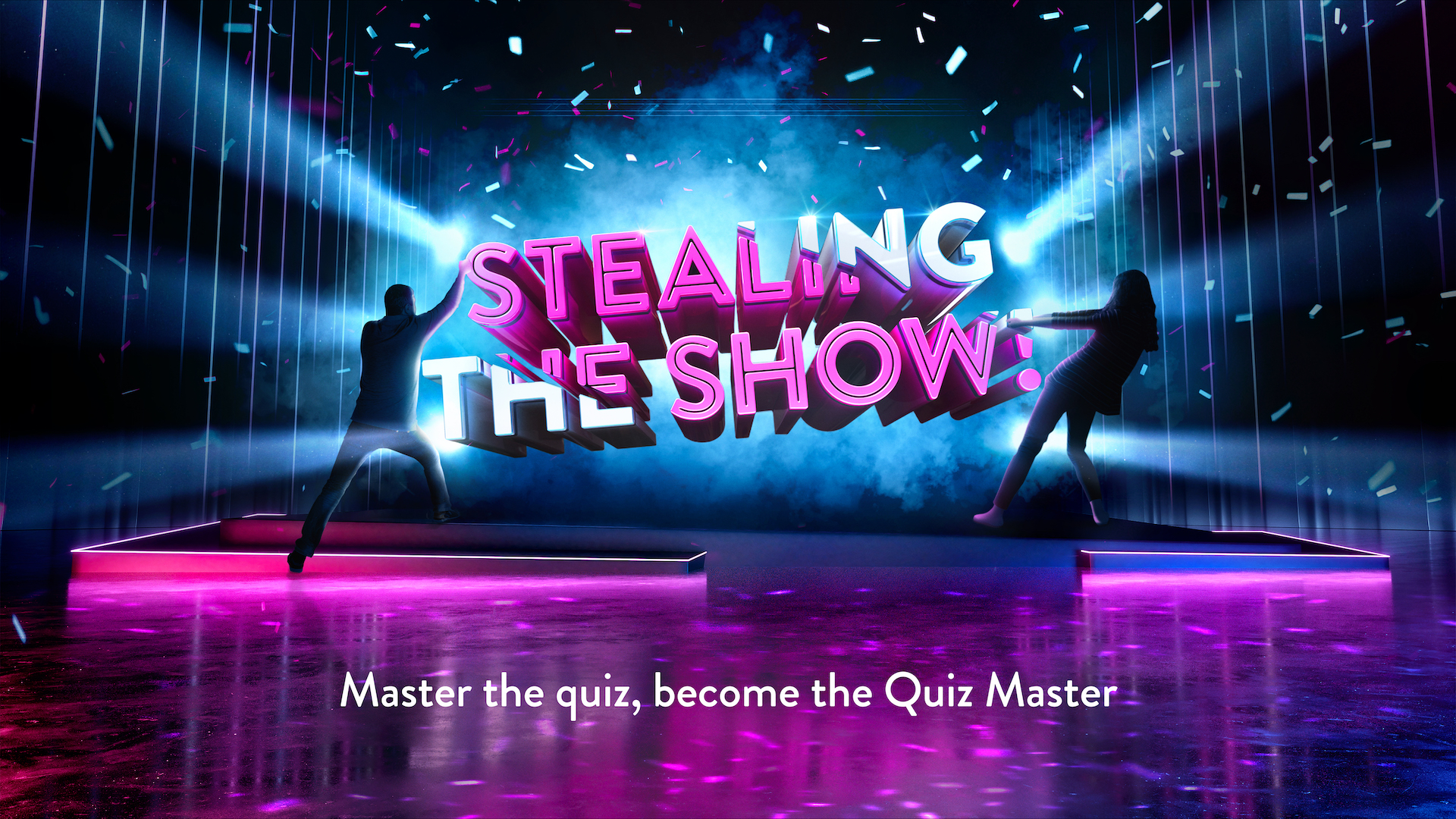 Everything you know about quiz shows is turned upside down in this extraordinary new format, that gives contestants the chance to literally steal the show!

Really? Another quiz show? Okay, we’ve all seen a million quiz shows, where a famous host dishes out big prizes like flashy cars and expensive holidays to a lucky contestant. But this audacious and original new format really turns the quiz world on its head!

Three celebrity contestants and a member of the public all compete to win the most extraordinary prize in quiz show history: the show itself!

But first they must beat the existing host at their own game. The host, who is a popular comedian or entertainer, fires fun and outrageous questions at the contestants in an attempt to avoid losing control of his own show.

Contestants are quizzed across nine categories, divided into three rounds. After each round, the losing contestant leaves, until only one is left to go head-to-head with the host in the nail-biting finale… if the contestant beats the host, they win the most unexpected prize in gameshow history: the show itself!

Winning the show means that in the next episode they get to play quiz master, deciding everything from the theme and tone of the show, to the rules of the game.

But the panel of contestants includes the previous, defeated host. Will they be able to steal back their show, or will another new quiz master be crowned? Find out in Stealing the Show!