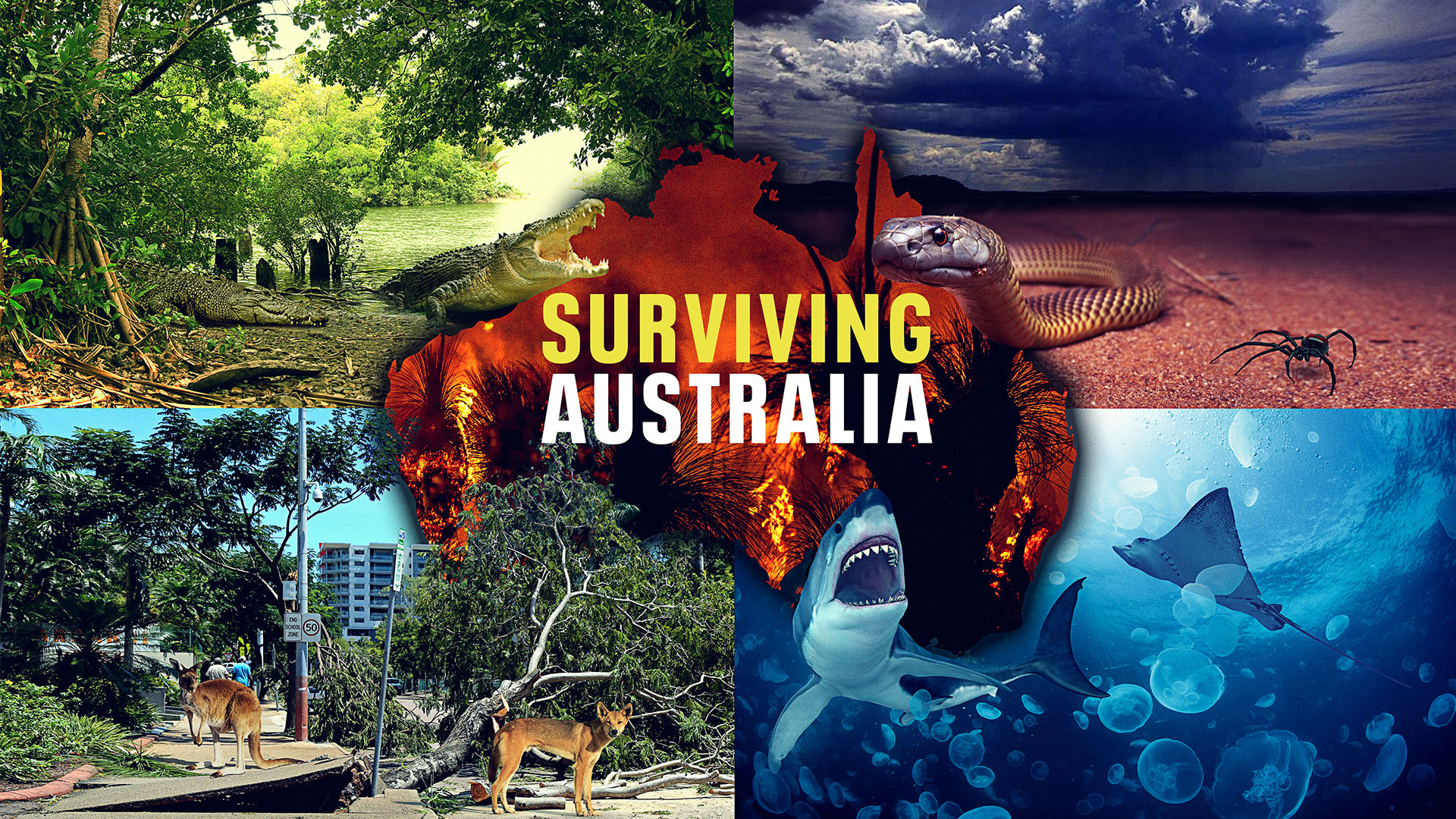 Discover what it takes to survive the dangerous world Down Under

Sixty thousand kilometres of coastline. Sun all year round. A natural beauty that is as unique as it is unrivalled. Australia has so much to offer. Unfortunately, a lot of it’s deadly.

Surviving Australia explores the many dangers that the ‘Land Down Under’ can throw at you – and shows you just what it takes to survive them, both physically and psychologically! From death-rolls to drought, bushfires to brown snakes, floods to funnel webs, stingers to sharks – if Australia’s extreme climate doesn’t kill you, its deadly wildlife just might!

In this four-part series, survivors recount how they narrowly escaped death, while experts separate fact from fiction to offer the best survival tactics when facing life-threatening scenarios. Every episode features dramatic archival footage of some of Australia’s most dangerous situations, bringing to life the terrifying tales of those who found themselves caught up in them.