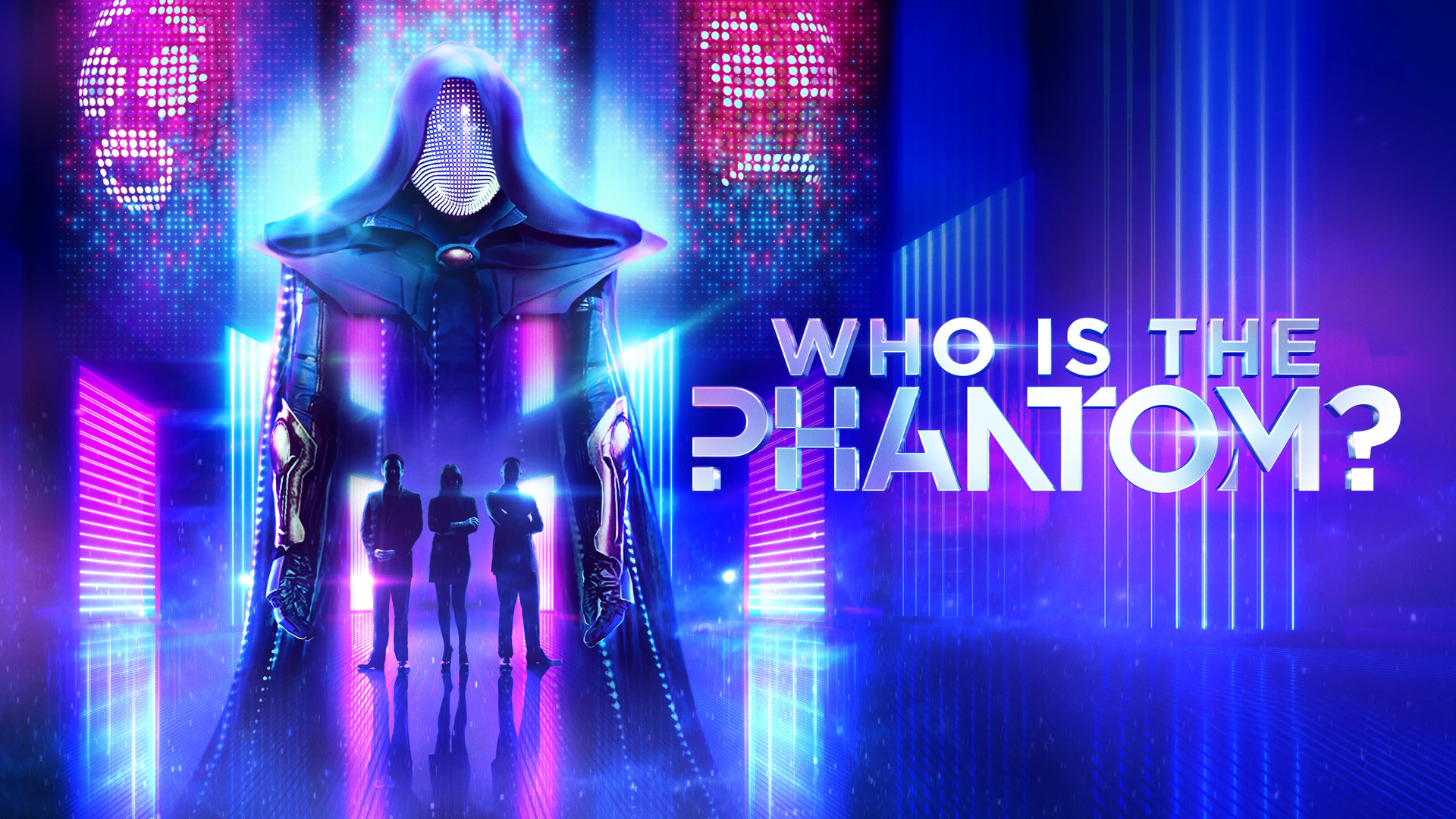 A team of three celebrities attempts to correctly guess the identity of the mystery Phantom – a famous face hidden behind a mask – in this fun, primetime entertainment format.

The Phantom, working with the show’s host, has prepared eight clues providing hints to their identity. However, to fully receive each clue, the celebrity detectives first have to solve ingeniously presented riddles and quizzes.

For example, the Phantom puts a suitcase in an X-ray machine on the stage and the celebrities having to guess its destination by the contents; or they watch a short video clip of a producer pitching a movie and must guess its title.

The Phantom presents every clue with either an entertaining studio performance or with a short cinematic clip. If the celebrities correctly answered the preceding riddle, the host provides them with a clear statement about the clue. If they didn’t, they’ll need to rely on their own interpretation of what the clue means!

As the clues build, the celebrity detectives – and the audience at home – can start to guess who might be behind the mask. Can they solve enough riddles and clues to correctly guess the Phantom before the final reveal?