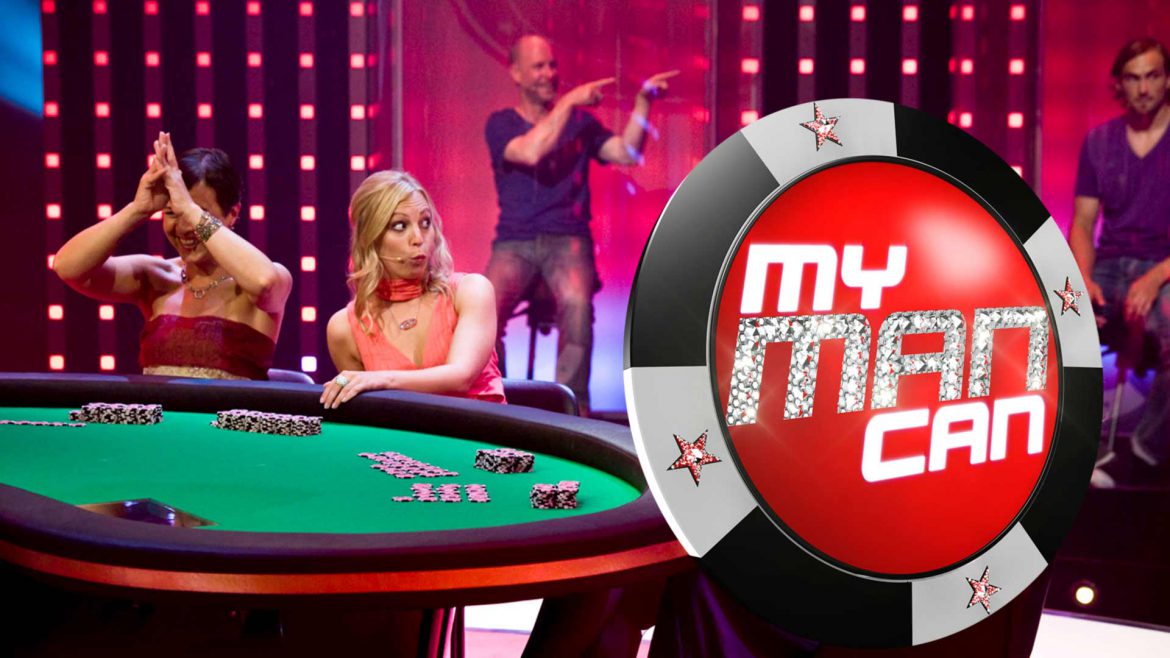 Munich, April 26, 2012. Can He keep Her promise? The Brits are about to find out, as ITV1 has commissioned SevenOne International’s format “My Man Can” produced by the UK’s largest commercial production company ITV Studios. Hosted by Mark Wright and Melanie Sykes, the 75-minute episodes will launch prime time in 2013.

Melanie Sykes said “My Man Can is a brilliant game because us girls always think we know what our blokes can do – but can they pull it out of the bag when it counts?”

Mark Wright said “Us fellas always try to impress our ladies but will we be able to come up with the goods when it really matters?”

ITV’s Director of Comedy and Entertainment Elaine Bedell said “My Man Can has been a hit elsewhere in Europe, and we’re looking forward to putting a uniquely British spin on it.”

Henrik Pabst Regional Sales Director at SevenOne International said: “With a proven international track record, “My Man Can” is the only game show where women wear the trousers and put their better halves to the test. Let’s see if the Brits have what it takes.”

Creative Director for ITV Studios, Lee Connolly said “This show combines great stunts and challenges and really tests how much each partner knows about the other.  It will be a lot of fun.”

About My Man Can

In “My Man Can” (produced by Redseven Entertainment) four women gamble with the abilities of their partners – and put the men’s courage and skills to the test. If the woman claims “My Man Can” complete an obstacle course wearing high heels, he has to do so. If he performs the task, she wins the jackpot. “My Man Can” has already been sold to over 30 countries, including Ukraine, Belgium, Spain, Netherlands, Denmark, Lithuania and South Korea. “My Man Can” is a smash hit in China: airing prime-time on Jiang Su Satellite Channel, the game show has been the most successful foreign entertainment adaption in China in 2010. ITV Studios has also optioned the format in France and Australia.