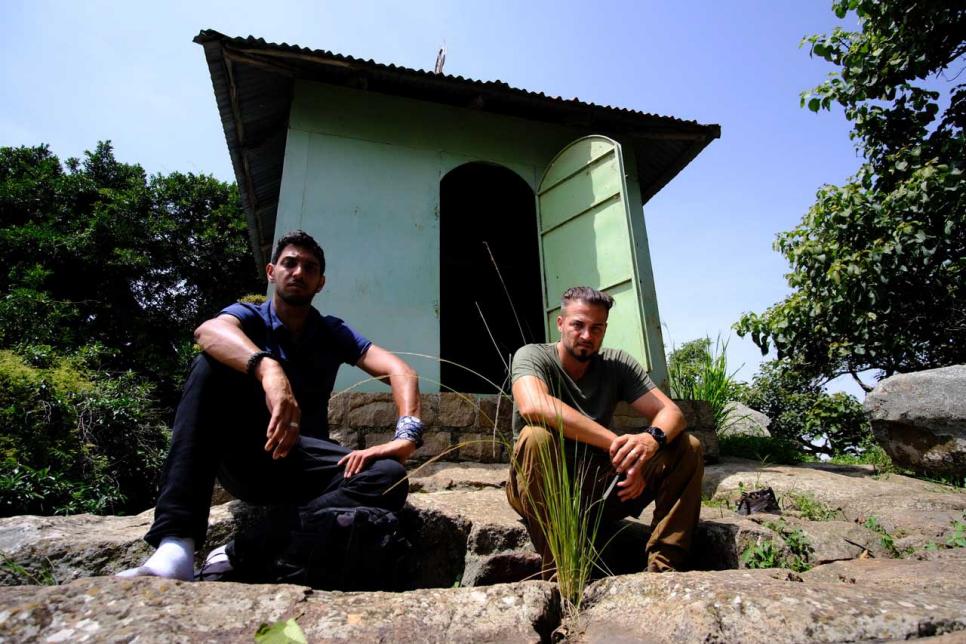 Karga Seven Pictures has been commissioned by Discovery’s Science Channel to produce a new eight-part factual series, Unexplained and Unexplored.

Explorers Justin Fornal and Emiliano Ruprah use historical maps as well as modern imaging techniques to examine mysteries including did the Maya Empire relocate to America? How did Merriweather Lewis really die? And where did the Ark of the Covenant end up after being smuggled out of Jerusalem?

Though no single map holds the whole picture of these mysteries, Justin and Emiliano cross-reference the information held within them, spurring the pair to launch new, in-depth investigations. Expert researchers and laser mapping tools help locate the mythical outposts detailed in these maps and unravel the mysteries behind their disappearances.

In the premiere episode, Justin and Emiliano use an unusual map in an attempt to solve the legend of California’s Ghost Ship. In the late 1800s, local newspapers began reporting on a mysterious phenomenon in which dozens of witnesses claimed to catch a glimpse of what appeared to be a massive wooden ship rising from the desert, more than a hundred miles from the nearest body of water. Ever since, legend has it that there it may be a 16th century English ship, loaded with gold, silver and jewels.

Among the other mysteries in the premiere season of Unexplained and Unexplored that maps are used to investigate are whether the Knights Templar secretly brought their treasure to the New World a century before Columbus’s voyage to America. Also looked at are clues in maps left behind by the Ancient Egyptians that may help lead Justin and Emiliano to the location of the legendary land of Punt, so revered by the pharaohs, it was known as the “Land of the Gods.”

Justin Fornal is an international explorer and cultural detective.  In June of 2018 he was listed on the ‘Most Adventurous People in the World Right Now’ by Men’s Journal. Justin specializes in investigating indigenous traditions and historical mysteries around the world. In 2016 he tracked down the lost skull of African American slave rebellion leader Nat Turner and repatriated it to the Turner descendants.

Emiliano Ruprah an explorer, writer, photographer and adventure filmmaker. He has worked in conflict zones, in some of the world’s most far flung and pristine wilderness areas, and among some of the planet’s hardest to reach tribes.