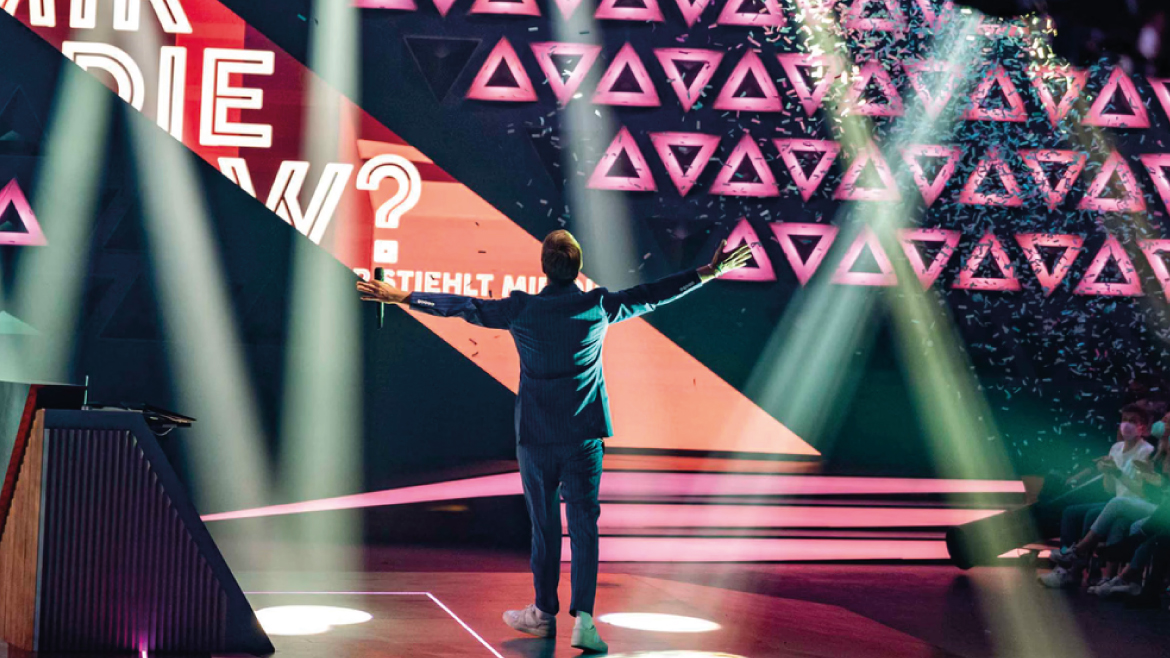 The hit quiz format Stealing the Show! (local title: Wer stiehlt mir die Show?), produced by Florida Entertainment, has made a noisy return to ProSieben for season four – continuing to draw huge ratings for the channel

The innovative format – which offers three celebrity contestants and a member of the public the chance to literally steal the show and take control of the next episode as quiz master – is a huge ratings winner for ProSieben in Germany.

Season four launched Tuesday, August 2. Episode 1 attracted a 20.4% market share in the target group 14-49, and generated 110k additional viewers in the 7 day CU. The first two episodes of the season both propelled ProSieben to become the prime time winner in the target group (14-49). Episode 2 increased the audience further, with a 21.7% market share in the same demographic, and also become the prime time leader in that group.

Season three of the format, which aired earlier this year, continued to build on the format’s incredible success – becoming the most-watched season of the show.

*This article was updated on Tuesday, August 30