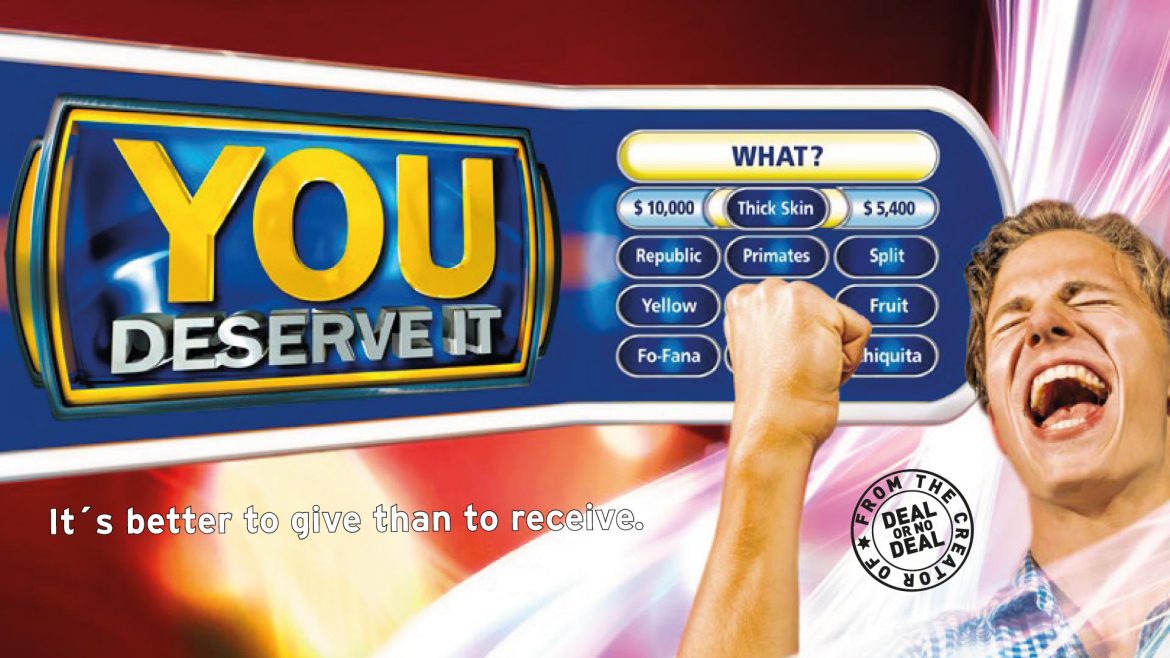 Munich, July 4, 2011. SevenOne International has sold a long-running production order of Dick de Rijk’s (‘Deal or No Deal’) game show “You Deserve It’ to Turkish Free TV broadcaster ATV. “You Deserve It” will launch under the title “Sen Hak Ediyorsun” later this summer. The prime-time show is produced by Ay Yapim.

Bodo Braun, Sales Director German-speaking Territories and Turkey of SevenOne International, said, “‘You Deserve It’ is an emotional rollercoaster ride as it combines clever game tactics with a gripping reality component. ATV is an excellent partner to bring Dick de Rijk’s long-awaited new show to Turkey.”

Nilufer Kuyel, Format Acquisitions Manager ATV, said: “It has been a true pleasure to join forces with RedArrow, SevenOne International and Ay Yapim for this outstanding show. I am absolutely sure the Turkish viewers will love ‘You Deserve It’ as its motto of giving rather than receiving is also highly valued in the Turkish culture.”

Additionally to the sale of Dick de Rijk’s “You Deserve It” to ABC in the United States, SevenOne International has sold the show to numerous territories, including Italy, the Middle East and SAT.1 in Germany.

“You Deserve It” is a product of the partnership between de Rijk and Red Arrow Entertainment Group, a ProSiebenSat.1 Group company founded in 2010 to aggressively build out a leading portfolio of international production companies, creative partners and global formats.

The first game show where a contestant is not playing for himself, but for someone deserving it. In this emotional game show, contestants have to recommend the beneficiary for whom they want to play. They can potentially win a fortune and make this the turning point in the life of one special person. The beneficiary does not have the faintest idea about what’s boiling – not about the preparations, not about the contestant playing for him in a TV show… not a clue!

Secrecy is part of the plan, until we surprise this person in an eye-watering finale and reveal the big check with a hopefully life-changing amount of money. To achieve this, the contestant has to go through  nerve-wrecking rounds, each offering 10 clues to solve a question. Clues do not come for free – sometimes they cost a nice measly sum, sometimes a disastrous amount of cash. Everything depends on the contestant’s knowledge and intuition.