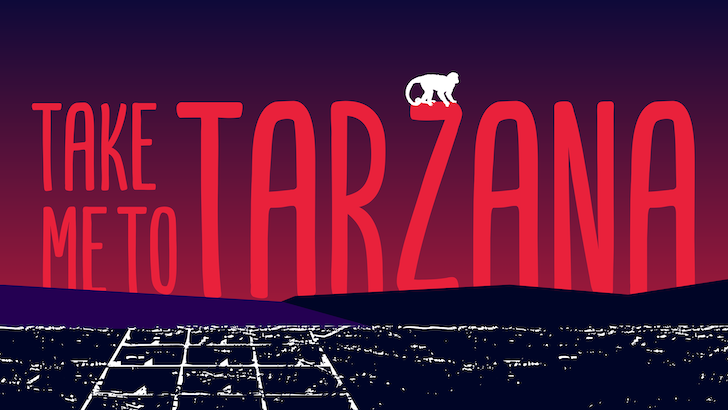 Written by Maceo Greenberg, who also makes his feature directorial debut with the film, Take Me To Tarzana stars Jonathan Bennett (Mean Girls), Samantha Robinson (Once Upon a Time in Hollywood), and Andrew Creer (Netflix’s You).

The movie follows Miles (Creer) and Jane (Robinson) who, after they learn their lecherous boss at Teleplex has been secretly recording the women in the office, hatch a plan to take him down, enlisting the help of Jameson (Bennett), a trust fund party-boy and an occasional friend of Miles.

Their mundane 9-to-5 becomes much more than an HR headache as they come into possession of Teleplex’s true nefarious business model and are forced into a climactic showdown with its maniacal, Tarzan-obsessed CEO.

The film will be available in select theaters and on digital and cable platforms on February 19.