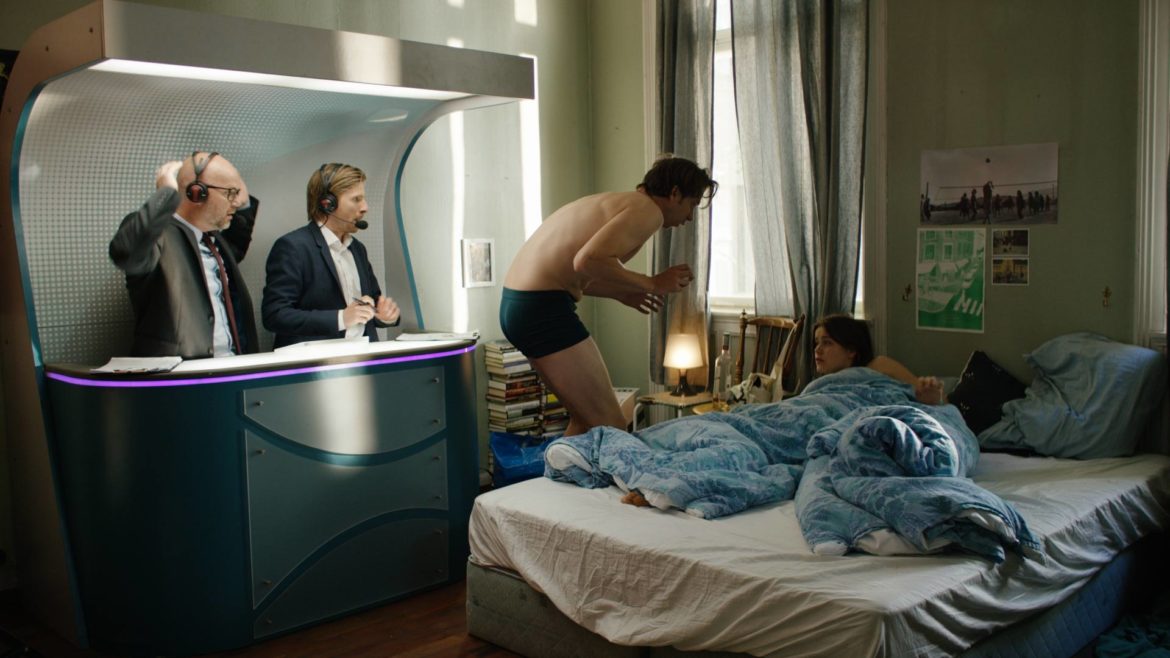 Red Arrow Studios International’s Norwegian scripted comedy format Match is in development at CBS for a US remake.

The development is from Me, Myself & I creator Dan Kopelman, Aaron Kaplan’s Kapital Entertainment, Michael Strahan and his SMAC Entertainment, New Media Vision, Red Arrow Studios International and CBS Studios.

Written by Kopelman and titled Game Time, the new single camera comedy will be adapted from the successful original series produced by Ape & Bjørn for NRK in Norway, and revolves around a family whose daily life is punctuated by the running commentary of professional sports reporters.

Tim Gerhartz, SVP Global Sales at Red Arrow Studios International said: “It is fantastic to see Match in development at CBS, with such a talented and high-profile team on board. With its unique premise and irresistible humour, Match is ideally positioned to score a place in the hearts of audiences in the US.”

Additionally, Red Arrow Studios International’s scripted format Danni Lowinski is back in development at the broadcaster. The remake, titled Danni Delgado, will be executive produced by Jennie Snyder Urman, developer and showrunner of Jane the Virgin, and her Sutton St. Productions.

Red Arrow Studios International distributes the Match scripted format worldwide. The original Norwegian series follows Stian – a twenty something guy with twenty something guy problems. The only thing a little different about him are the two sports presenters who give a running commentary on every aspect of his life! He can’t see them but they can see him, and are more than happy to chat tactics, performance and foul-ups as Stian navigates life.